Ali Campbell can still remember the first time he met Astro, a musician who would have a profound impact on him as a lifelong friend and bandmate. It was in Birmingham in the late 1970s, when the pair were in their teens and Astro was part of a crew of black skinheads who roamed the local neighbourhood in sheepskin coats, leaving Ali slightly in awe.

Astro, born Terence Wilson, got his nickname on account of his fondness for Dr. Martens boots emblazoned with the brand name Astronaut. When he joined up with singer and guitarist Campbell a few years later in the fledgling UB40, supplying additional vocals and playing trumpet and percussion, he added the final piece to a musical jigsaw that went on to conquer the charts and put British reggae on the world map.

And now, as Ali gears up for a new UB40 Featuring Ali Campbell & Astro album, the superb Unprecedented, he is having to come to terms with the sudden loss of a musician who had been by his side, with just a six-year hiatus, for his entire career. Astro passed away in November 2021 after a short illness, and Unprecedented, fueled by the roots rocking spirit that powered UB40’s original incarnation, is an album to inject a little reggae sunshine into even the darkest days. It’s also a fitting memorial to Astro.

“Astro’s death came as such a shock, and I’m still reeling from it,” says Ali. “This album is now more poignant and special than either of us could have imagined when we were recording it. Astro heartbreakingly passed just two weeks after we’d finished the final mixes, so this is a way of keeping his memory alive.”

Ali and Astro augment one another magnificently on Unprecedented – just as they did four decades ago on UB40’s version of ‘Red Red Wine’, a chart-topping single illuminated by Ali’s honeyed, melodic tones and Astro’s memorable “red red wine in a modern beat style” toast. On the new album, Astro comes to the fore on the single Sufferer. A reggae standard originally by The Kingstonians, it would have graced any of UB40’s acclaimed Labour Of Love albums. His ‘sing-jay’ style of MC-ing is also prominent on the title track, on which he takes the government to task over their handling of the coronavirus pandemic, labelling them ‘headless chickens’.

“Whenever Astro wrote a song, he wanted to say something,” continues Ali. “He had a real love of melody, which set him apart from other reggae MCs. He was under-used in the early days of UB40, but the public loved him, and he came into his own on tracks like Rat In Mi Kitchen. He was incredibly versatile too. He wasn’t a ‘yardie’ toaster. He had a hybrid approach. If you expected him to be street-tough, you’d be barking up the wrong tree. He did things his way.”

Ali and Astro also had to overcome the hurdle of creating music in lockdown. When the pandemic hit in 2020, they were in the middle of a world tour that had taken them to Europe, America, Australia, New Zealand and even a stop-off on Rarotonga, in the South Pacific. After gigs in early 2020 in Brazil, the Dominican Republic and Puerto Rico, however, the world’s stages fell silent, and the duo returned to the UK, where they reassembled their touring band remotely to record a single, the late Bill Withers’ ‘Lean On Me.’ Released in aid of NHS Charities Together, the song features again on Unprecedented.

Coming up with original songs in lockdown was tougher, but Ali and Astro eventually pushed through with a potent mix of new material and classy covers. “People kept telling me that lockdown must be great for songwriting – all that time on your hands, lots of food for thought,” says Ali. “I didn’t see it like that. It wasn’t conducive to writing at all, especially when your speciality is uplifting reggae. But in the end, I came up with new tracks that were fresh and modern.”

Among Unprecedented‘s other originals are the romantic ‘We’ll Never Find Another Love’, ‘Emperors Wore No Clothes’ and ‘Happy Includes Everyone’, the latter a Latin-tinged carnival number that is an upbeat antidote to the album’s scathing title track. The heartfelt ‘Mellow’, underpinned by a rhythm that rekindles the leisurely stride of 1980’s ‘Food For Thought’, was written long before Astro’s death, but still feels like an elegy: “We all know life’s too short, and sadly time cannot be bought.”

Four tracks, ‘Emperors Wore No Clothes’ plus the covers ‘Do Yourself A Favour’, ‘Stay Another Day’ and ‘Sunday Morning Coming Down’, were recorded during a productive, five-day stay in Jamaica, where Ali and Astro hooked up with the cream of the island’s reggae players, including drummer Sly Dunbar, bassist Chris Meredith, keyboardist Robbie Lyn and guitarist Mitchum ‘Khan’ Chan.

The covers also reiterate Ali and Astro’s knack of alighting on unlikely songs and reinterpreting them in a reggae style. It’s a custom that dates back to UB40’s 1980 debut album, Signing Off, which contained reggae versions of Randy Newman’s ‘I Think It’s Going To Rain Today’ and Billie Holiday’s ‘Strange Fruit’. When Ali made his fourth solo album, Great British Songs, in 2010, he covered classic rock songs by The Beatles, Rolling Stones, The Who and Free.

“In the original UB40, we were good at choosing old reggae favourites like Eric Donaldson’s Cherry Oh Baby and Lord Creator’s Kingston Town, because we grew up on songs like that,” says Ali. “But it’s also interesting to take a totally unexpected song and cover it in a reggae style.”

There are certainly some curve balls on Unprecedented, including Kris Kristofferson’s ‘Sunday Mornin’ Comin’ Down’ and a version of Stevie Wonder’s funky protest song ‘Do Yourself A Favour’. The latter is from 1971’s Where I’m Coming From, an album that heralded Stevie’s move towards the socially conscious lyrics of the ground-breaking albums Music Of My Mind, Talking Book and Innervisions.

Ali has covered Stevie before. There’s a lovely version of ‘A Place In The Sun’ on 2014’s Silhouette. But Unprecedented is the first time he and Astro have tackled a song by 1990s boy band East 17. Their version of ‘Stay Another Day’, about the death of East 17 songwriter Tony Mortimer’s brother, is an emotional tour de force. “I love the melody,” says Ali.

Elsewhere, he and Astro explore more authentic reggae material, including New York rock steady crew The Frightnrs’ ‘What Have I Done’, and two tracks from the under-appreciated UK reggae canon – the Gappy Ranks’ dancehall hit ‘Heaven In Her Eyes’, which uses Bob Marley & The Wailers’ ‘Soul Rebel’ as a backing track, and Louisa Mark’s lovers’ rock classic ‘Caught You In A Lie’, the latter starring Ali’s daughter Indica on lead vocals.

Unprecedented is the latest chapter in a story that dates back to 1978, when UB40 began putting their own slant on Jamaican reggae. Taking their name from the form given to individuals claiming unemployment benefit, the multi-racial band played their first show at the Hare & Hounds pub in Kings Heath in 1979. Astro, an MC for the local Duke Alloy sound system, joined a month later.

For Ali, a new era began when he left the original band 14 years ago. He had already released two solo albums in Big Love and Running Free and made two more, Flying High and Great British Songs, before he and keyboardist Mickey Virtue reunited with Astro on 2014’s Silhouette. That was followed by 2016’s UB40 Unplugged and 2018’s A Real Labour Of Love. Updating the ethos of the original Labour Of Love trilogy, the latter focused on the digital reggae and dancehall styles of the late 1970s and 1980s, with the group putting their own spin on Barrington Levy’s ‘Here I Come’, Wayne Smith’s ‘Under Me Sleng Teng’ and hits by Gregory Isaacs, Dennis Brown, Culture and Shinehead. Held off the UK number one spot only by the soundtrack to Hollywood blockbuster The Greatest Showman, it was the highest charting album by any incarnation of UB40 since 1993’s Promises And Lies.

With Ali part of a ten-piece touring band, UB40 are now ready to add tracks from Unprecedented to a formidable live set that contains material spanning over four decades. As well as favourites such as ‘Red Red Wine’, they have reintroduced some older tracks that have taken on a renewed significance. Among these are 1979’s ‘King’, inspired by the legacy of American Civil Rights leader Martin Luther King, and 1997’s ‘Guns In the Ghetto’.

“Some of the older songs are still so appropriate,” says Ali. “We wrote King 42 years ago, but it still says something about America today. It’s the same with One In Ten for the UK. With the impact of coronavirus, we could soon be looking at unemployment figures on a par with the early 1980s.”

“We’ll be back on tour, even though we’re still reeling from the loss of Astro,” he continues. “It’s going to be daunting, because there’s no way we can replace Astro onstage, but he would have wanted these shows to go on. The current band are all fantastic musicians, and we’ve climbed back up to the biggest venues.”

In remaining true to the authentic reggae spirit that kick-started his music career in the late 1970s, Ali is now celebrating the legacy of his departed bandmate by keeping faith with their original shared ideals. “For me, it’s all about advancing reggae,” he says. “I love all kinds of music, but we’ve always promoted reggae. I’ve never deviated from that. I’m strictly reggae.” 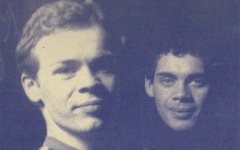 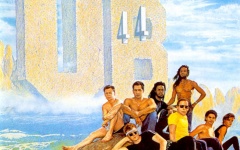 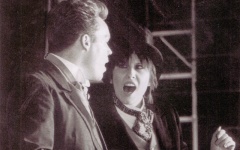 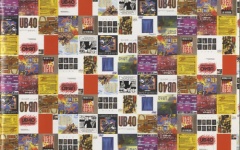 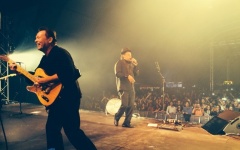 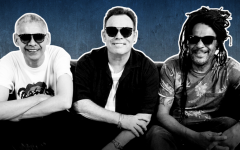 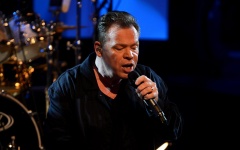 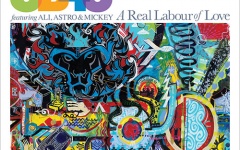